Outing The Truth About Sexual Orientation

No aspect of who we are generates more inner confusion, turmoil, and misunderstanding than sexual orientation. In addition, discrimination and persecution based upon homosexuality, bisexuality, and transgender is still rampant. We all live with our sexual orientation but no one really understands it, warranting the question, what is it all about? A key to this mystery is the so-called evolutionary paradox of how behavior that does not lead to reproduction could ever have evolved. Current theories fail to explain this paradox. As a researcher with several game changing theories, founder of the Centre For Theoretical Research In Psychiatry & Clinical Psychology, and psychiatrist having treated many people suffering from sexual orientation issues, Dr. Bowins solves this paradox, and outs the truth about sexual orientation. As it turns out, we all have the capacity and motivation for both homoerotic and heteroerotic behavior, with dimension activation, erotic fantasy, and social construction playing key roles in how sexual orientation is expressed. The enlightened perspective presented offers the hope of much less discrimination and real self-acceptance. 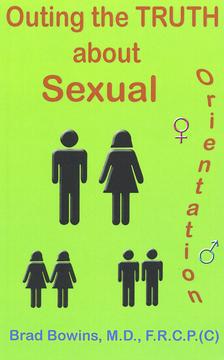 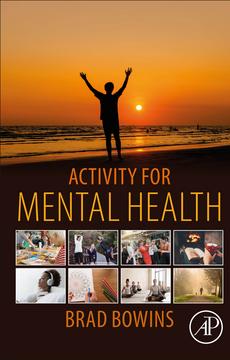 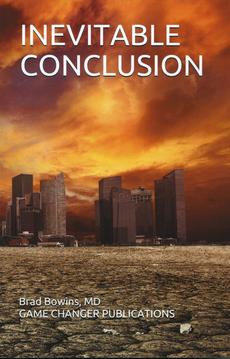 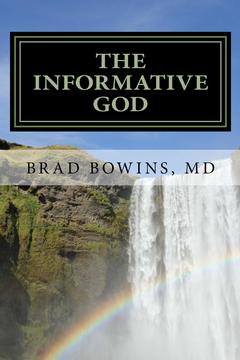 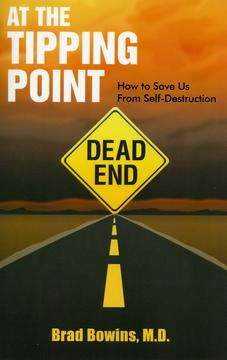 For the natural world to survive and thrive, it is an Inevitable Conclusion that humans must rapidly cease their destructive ways or disappear from the planet! A radical group of scientists from the Survival Alliance For Ecosystems (S.A.F.E.), is determined to force this decision on humankind by creating a doomsday virus, and presenting an ultimatum with the Manifesto for Social & Environmental Justice. When Scott Taylor of the International Wildlife Protection Agency hears of their plan, he initiates an investigation that spans the Caribbean, revealing the natural beauty of this region. Despite the best efforts of the investigators, the scientists always evade them, the reason for this occurrence highlighting the greed and destructive capacity of people. The fate of humankind is settled at the Valley of Desolation and Boiling Lake of Dominica, sites symbolizing the power and resilience of nature. 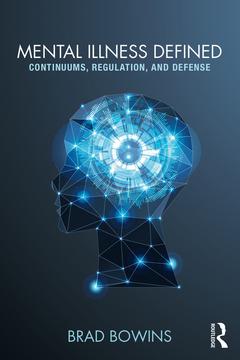 At The Tipping Point: How To Save Us From Self Destruction

Collectively we are engaging in self-destructive behavior, compromising our present and jeopardizing our future. Rampant greed, irregular regulation, unrestrained urban and resource development, out of control global warming, biased pharmaceutical and biotechnology research, and lethal levels of obesity, are all severely damaging us. Dr. Bowins drills down exposing these forms of self-destruction, and shows why we might be setting ourselves up for widespread revolution and devastation. Also revealed is how our psychological defenses ironically perpetuate major forms of self-destructive behavior. We have reached the tipping point, but the solutions proposed can save us from self-destruction, if we each take action.

Centre For Theoretical Research In Psychiatry and Clinical Psychology

Accurately defining mental illness is crucial for treatment providers and researchers, because it fosters a comprehensive understanding and optimizes therapeutic interventions. In addition, it frees psychopathology from political and financial influences that weaken its scientific integrity.

Continuums: Psychopathology embodied by major diagnostic systems (DSM and ICD) emphasizes discrete conditions, in line with our psychological preference for discreteness. However, nature almost universally gravitates to continuums. Naturally occurring mental illness continuums are identified, based on neuroscience and other relevant data.

Regulation: Despite how biological systems rely on regulation, it is largely neglected when it comes to mental illness. Psychopathology frequently arises from impaired regulation, fostering a shift from milder expressions on continuums to extreme manifestations. A diverse collection of therapeutic techniques, under the umbrella of cognitive regulatory control therapies, is presented that restore effective regulation.

Defense: The surprising role of psychological defense, understood in terms of compensation for stressors, is described for the various mental illness continuums, and techniques are provided to augment healthy defensive functioning.

The model of psychopathology proposed aligns with its natural organization, thereby placing mental illness on a more scientific foundation. 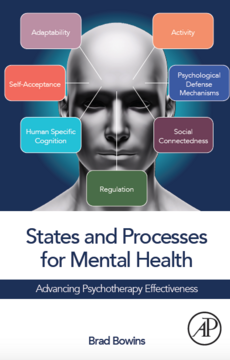 Imagine a book that provides the answer to what happens after our time on this world is over, reveals a “treasure” worth more than all others combined, and merges religion and science. The Informative God is that book! Following a life changing event, a young internal medicine specialist embarks on a round the world odyssey to uncover the meaning of life and death. This adventurous journey of discovery highlights the contribution of past and present religions. Making the most of this information and the input of science, he achieves the answer that also identifies a “treasure” of infinite value. Consistent with the uniqueness of these discoveries, the book represents a first for combining fiction, non-fiction, and travelogue. For a refreshing and optimistic answer to the ultimate question, take a journey of discovery to The Informative God. 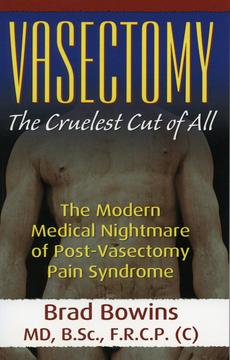 Vasectomy: The Cruelest Cut Of All (The Modern Medical Nightmare Of Post-Vasectomy Pain Syndrome)

Vasectomy is widely promoted as a “safe and simple procedure.” Rarely are men or their spouses informed that a life long pain condition, known as Post-Vasectomy Pain Syndrome (PVPS), is caused by the procedure. Months or years after being vasectomized, close to 15% of men will experience pain in one or both testicles, with the pain being severe in approximately 5%. Frequently, the pain is worsened by sex and other physical activities, motivating the sufferer to avoid pleasurable pursuits. Too embarrassed to speak up about the problem, many men suffer in silence, and if they do raise the issue with a physician the problem is often misdiagnosed, particularly when years have passed since the vasectomy. In third world countries where vasectomy is intensely promoted as a “safe and simple procedure,” effective treatment is essentially non-existent. Treatment for PVPS often involves sophisticated microsurgery that is very expensive, not covered by most health insurance plans, and not widely available. For those lucky enough to access treatment there is often no resolution of the pain, as it can recur on the treated side and arise in a seemingly unaffected testicle. Vasectomy: The Cruelest Cut Of All (The Modern Medical Nightmare Of Post-Vasectomy Pain Syndrome) debunks the “safe and simple procedure” myth and calls for an end to vasectomy.

The book was published in 2006, and in many areas of medicine this would mean that much of the information is outdated. However, consistent with how the “safe and simple procedure” rhetoric persists in urology and the larger medical community, an intensive search of the scientific literature almost ten years later failed to reveal any studies that actually significantly advanced our understanding of PVPS. Debate still carries on as to the best treatment, with the same old focus on removal of structures. More encouraging is the experimental application of robotic and computerized controlled surgical techniques, offering the potential of more effective vasectomy reversal in the future.

Activity for Mental Health explores all forms of activity, as a means to both manage mental illness and advance mental health in the general population. This book not only reviews the evidence behind activity, but also reveals why it is so effective. Physical, social, nature, cognitive, art/hobby, and music activity are thoroughly investigated in separate chapters. The focus is on informal activity therapy as a simple, direct, and very positive intervention. More formal Behavioral Activation Therapy (BAT) is also presented to demonstrate the power of behavioral activation. Case examples connect the benefits with real life scenarios and assist in the application of activity therapy. From this comprehensive coverage, Activity for Mental Health provides the information needed for clinicians, researchers, and policy makers, to effectively treat mental illness and advance mental health.